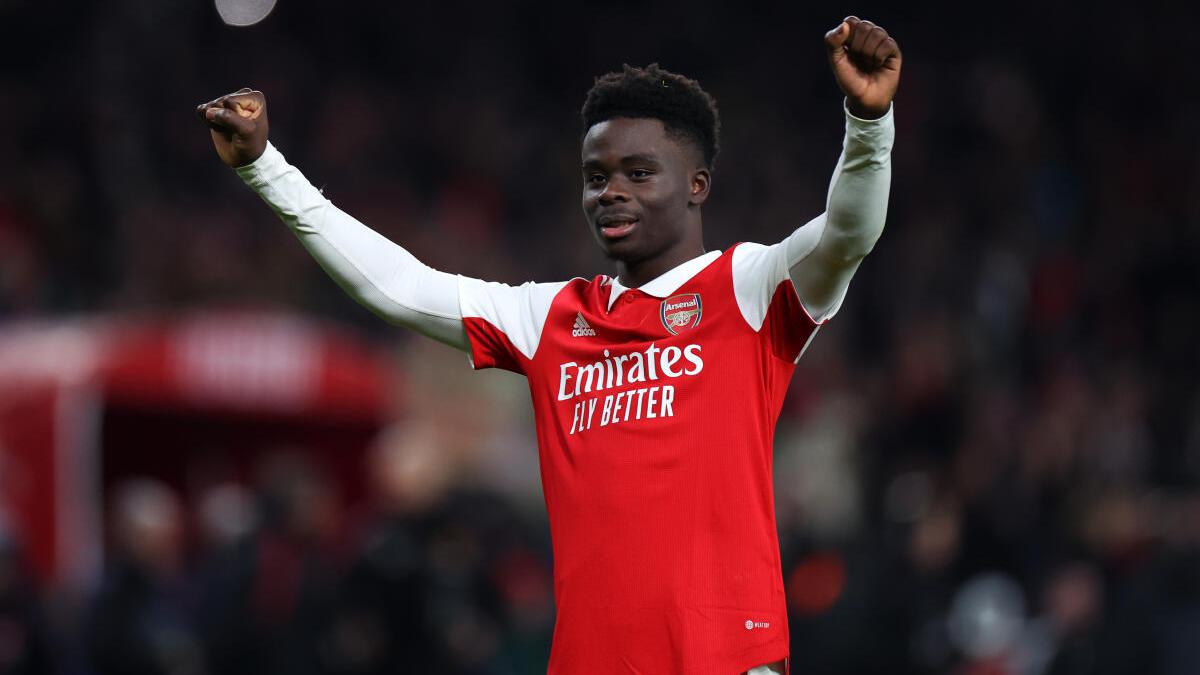 Arsenal clinched a 3-2 win against Manchester United in the Premier League on Sunday to boost its title charge and go five points clear at the top of the table.

While Eddie Nketiah grabbed a brace, it was Bukayo Saka who stole the show with his long-range stunner in the 53rd minute.

Cutting in from the right flank, Saka dispatched a left-footed strike from about 25 yards out from the edge of the United box. The ball travelled between a couple of bodies and ended up in the bottom-left corner, leaving United keeper David De Gea with no chance.