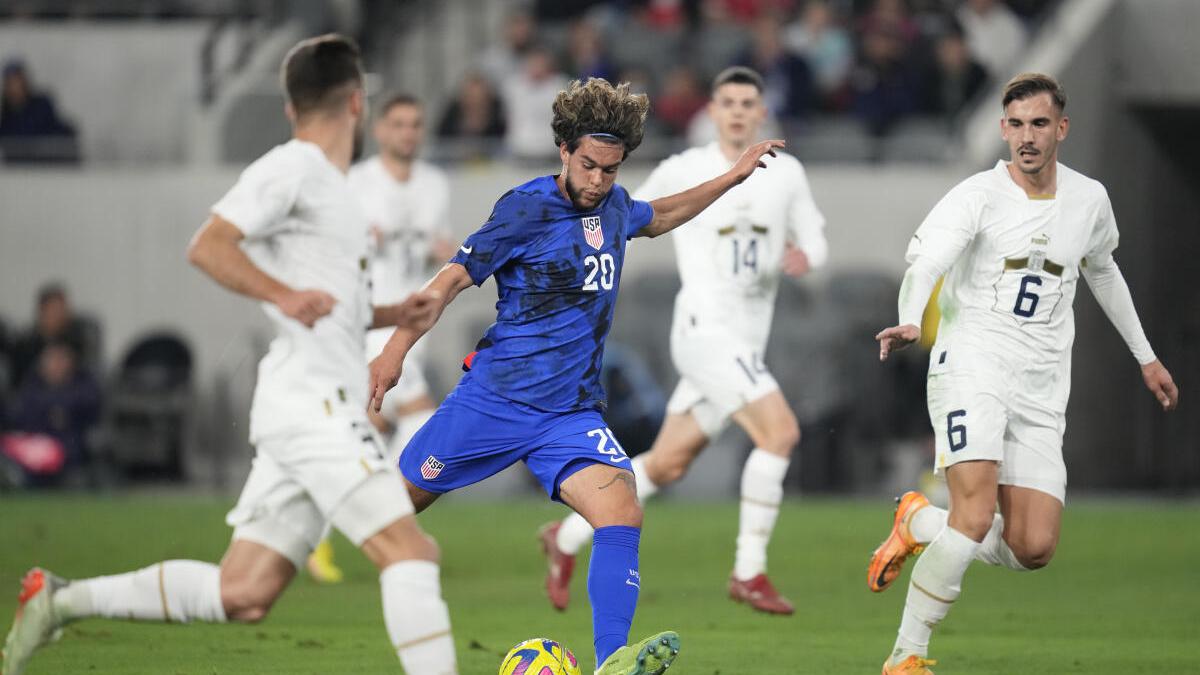 Serbia defeated the United States 2-1 on Wednesday in an international friendly that saw both sides field vastly under-strength starting line-ups.

With the match taking place outside FIFA’s international calendar, neither Serbia coach Dragan Stojkovic nor US caretaker manager Anthony Hudson could call on their strongest players.

Stojkovic’s 17-man squad had only four international caps amongst them prior to kick-off in Los Angeles.

Even so, the Serbian side proved too much for a US line-up made up mostly of North America-based players.

The US took the lead through Brandon Vazquez on 29 minutes, the striker heading home a cross from German-born defender Julian Gressel.

But Serbia equalised two minutes before half-time when Luka Ilic exploited a gaping hole in the US wall at a free-kick to make it 1-1.

Serbia then punished chaotic US defending in the opening minute of the second half to take the lead, with Veljko Simic darting in to make it 2-1.

Wednesday’s game took place against a backdrop of turmoil in US soccer, with out-of-contract World Cup coach Gregg Berhalter facing an investigation by the federation for a 1991 domestic violence incident.

The United States play Colombia in a second friendly on Saturday.