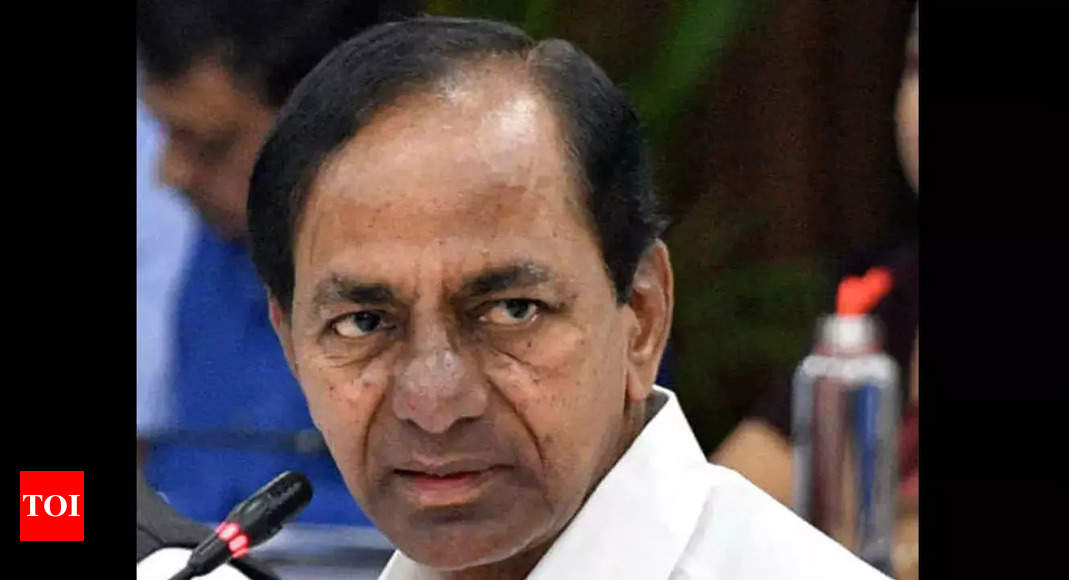 Share If you like it
HYDERABAD: Telangana chief minister K Chandrasekhar Rao on Thursday skipped the Republic Day celebrations held at Raj Bhavan in Hyderabad, where Governor Tamilisai Soundararajan unfurled the national flag.
The unfurling of the national flag was followed by the national anthem.
Telangana Governor also felicitated Golden Globes award-winning and Oscars nominated ‘Naatu Naatu’ song’s composer MM Keeravani and lyricist Chandrabose -at the Republic Day function in Hyderabad.
Keeravani is also among the recipients of Padma awardees and was honoured with Padma Shri — the fourth highest civilian honour in India on Wednesday ahead of the 74th Republic Day.
Meanwhile, President Droupadi Murmu will unfurl the national flag at Kartavya Path in the national capital today to mark the Republic Day celebrations.
Egyptian President Abdel Fattah El-Sisi will be the Chief Guest at the Republic Day parade.
The week-long celebrations commenced on 23rd January, the birth anniversary of great freedom fighter Netaji Subhas Chandra Bose. To mark the occasion, a one-of-a-kind Military Tattoo and Tribal Dance Festival ‘Aadi Shaurya – Parv Parakram ka’ was organised in New Delhi on January 23 and 24. The events will culminate on 30th January, which is observed as Martyrs’ Day.
The Republic Day parade, which will begin at around 1030 hrs, will be a unique mix of the country’s military prowess and cultural diversity, depicting the country’s growing indigenous capabilities, Nari Shakti and emergence of a ‘New India’.
The parade ceremony will commence with Prime Minister Narendra Modi visiting the National War Memorial. He will lead the nation in paying solemn tributes to the fallen heroes by laying a wreath. Thereafter, the Prime Minister and other dignitaries will head to the saluting dais at Kartavya Path to witness the parade.
As per tradition, the National Flag will be unfurled followed by the National Anthem with a booming 21-gun salute. Amongst the many firsts, the 21-gun salute will be given with 105-mm Indian Field Guns. It replaces the vintage 25 pounder gun, reflecting upon the growing ‘Aatmanirbharta’ in defence. Four Mi-17 1V/V5 helicopters of 105 Helicopter Unit will shower flower petals on the audience present at Kartavya Path.
(With inputs from ANI)