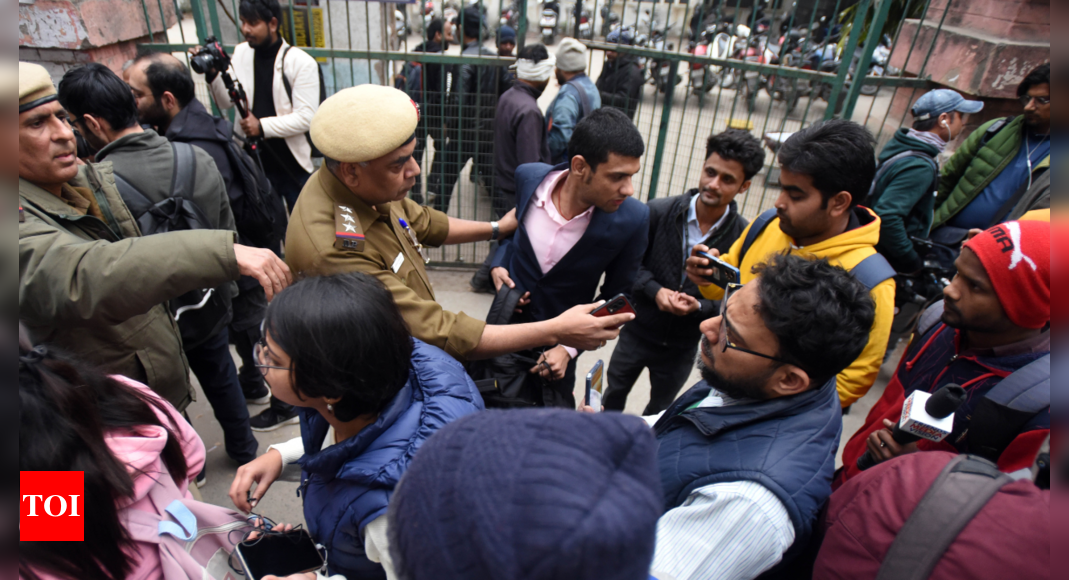 Share If you like it
Student groups at Kolkata’s Presidency and Jadavpur universities, and Mumbai’s Tata Institute of Social Sciences have lined up multiple screenings of the controversial BBC documentary on PM Narendra Modi on their campuses over the next few days, defying the Centre’s order to erase it from social media and protesting allegedly covert attempts to foil those wanting to see the film.
One such screening organised at Ernakulam’s Government Law College on Wednesday was interrupted when the principal allegedly had power supply to the campus disconnected. Five screenings have been planned at Presidency and JU Thursday onwards. The students’ resolve to see the documentary was strengthened by the alleged bid to disrupt a screening at Delhi’s JNU on Tuesday, organisers at both Kolkata campuses said.
“Censoring or banning films and theatre critical of the government is not new in India. Our screening is meant to uphold students’ right to dissent,” Presidency’s SFI general secretary Rishav Saha said.
The Presidency film society organising the campus’s second screening next Wednesday said, “This initiative will demonstrate that no government or political party can crush voices of dissent in a progressive campus space”.
Progressive Students’ Forum, a students’ collective at TISS, intends to screen the documentary on Saturday evening and is expecting a 50-strong audience. The students are planning to let the security staff know about the film screening and the gathering. So far, the collective has received an encouraging response from the students, the organisers said.