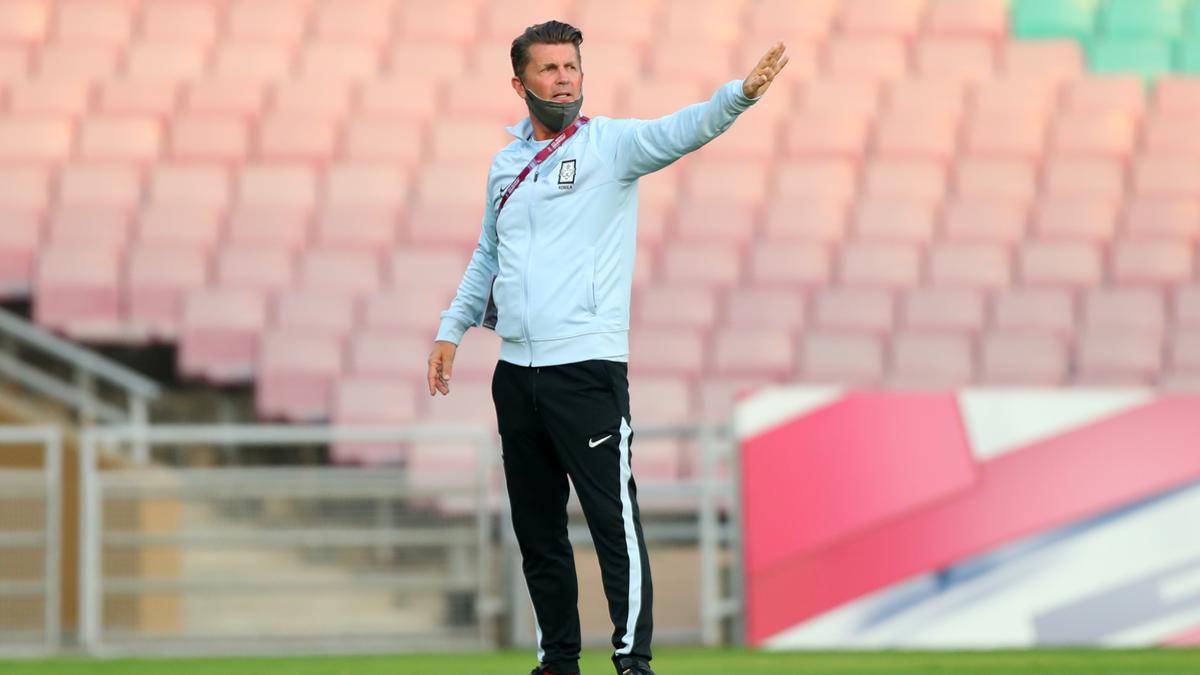 South Korea women’s coach Colin Bell has set his sights on steering the team to the latter stages of the women’s World Cup in July and August, as they aim to build on last year’s runner-up finish at the Asian Cup.

South Korea will compete at their third straight World Cup and fourth overall, but have advanced to the knockout stage only once, reaching the final 16 in 2015 in Canada.

English coach Bell took over three months after the 2019 World Cup in France, where South Korea lost all three group games and scored only once, and led them to the Asian Cup final in February 2022 – their best finish in the competition.

“It’s really important for our players to realize that, when we follow our principles of play, we’re quite capable of beating, as far as I am concerned, every nation,” Bell told reporters on Thursday.

“I don’t want South Korea to be making themselves smaller than they are. We have a good team, when we are on form and when everybody is healthy. I am confident if we follow our principles, we can have a really good tournament.”

South Korea will begin their World Cup campaign against Colombia before taking on Morocco and former champions Germany at the July 20-Aug. 20 tournament in Australia and New Zealand.

“We are aiming to go as far as we possibly can in the tournament,” Bell said. “The main objective is to be proactive all the time. We want to be fast and aggressive, well-organised, and clinical.

“We want to make life difficult for all three of them.”

South Korea will participate in the Arnold Clark Cup invitational tournament from February 16-22 with European champions England, Italy and Belgium in preparation for the World Cup.

“It’s important for our players to get used to the European style and experience it on the pitch,” Bell said. “It’s a very physical type of football from all three teams. It will be a good test for us to see how quickly we can adapt.”