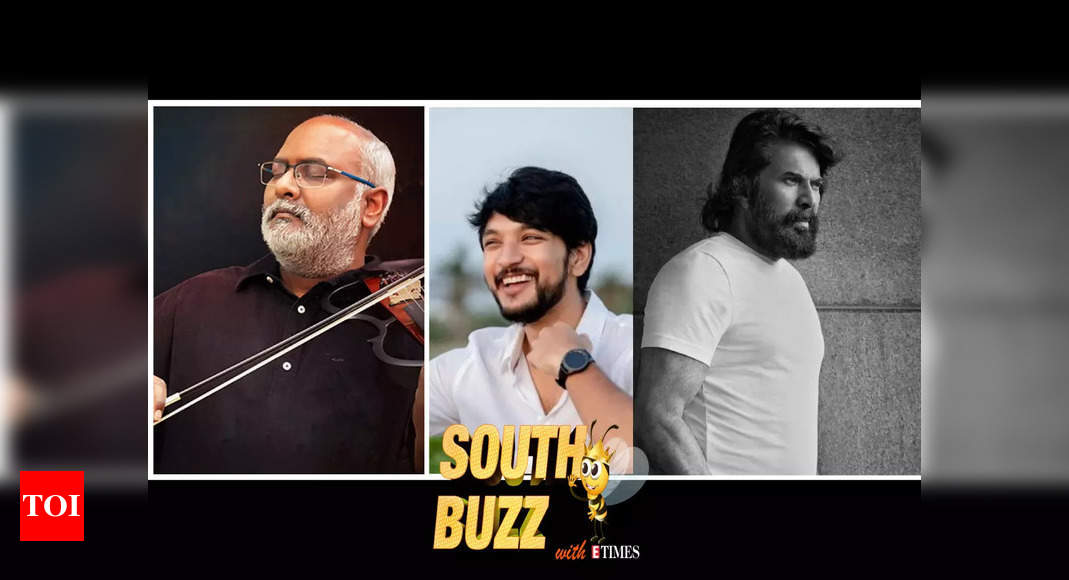 Share If you like it
Hey there! From the veteran music composer MM Keeravaani dedicating Padma Shri honor to his parents and mentors to Mammootty’s thriller with Roby Varghese Raj titled ‘Kannur Squad’, here are some of the trending updates for the day from the south film industry.
First of all, ETimes wishes you a Happy Republic day and on this special occasion, your south bee has a piece of happy news from the Telugu film industry the veteran music composer MM Keeravaani and actress Raveena Tandon were conferred with Padma Shri honor by the Government on the last day. Reportedly, MM Keeravaani said that he is much honored by the civilian award from the Govt. of India and dedicated the honor to his parents and mentors.

Tamil actor Gautham Karthik kickstarted the shoot of the upcoming movie ‘Criminal’ which is directed by Dakshina Moorthy Ramar. Touted to be a crime thriller, the story of ‘Criminal’ is set against the backdrop of Madurai.
Your south bee has heard that the popular actor Mammootty’s film with the debutant director Roby Varghese Raj is titled ‘Kannur Squad’. The actor revealed the same during a conversation with the media. ‘Kannur Squad’ is touted to be an investigative thriller film.

Coming to the Kannada film industry, the ‘Kantara’ star Rishab Shetty is reportedly making his Malayalam debut with the Mohanlal starrer ‘Malaikottai Vaaliban’. The film is helmed by the veteran director Lijo Jose Pellissery.

So that’s all for today. Stay tuned as your south bee will be back on the next day with more updates from the south film industry.