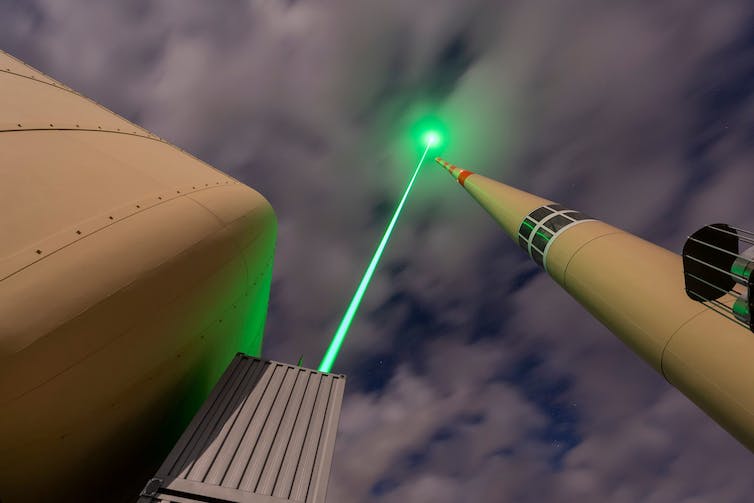 Lightning kills thousands of people annually; only protection we have is lightning rods, which were invented 300 years ago

Lightning may look beautiful but every year it kills thousands of people, does huge amounts of damage to buildings and infrastructure, and causes power outages.

The only protection we have is lightning rods, which were invented 300 years ago and only protect a small area.

The cost of damage from lightning strikes to buildings is hard to determine globally, but insurance company payouts to cover repairs to homes and businesses were roughly $2 billion (£1.6 billion) in 2020 in the US. Insurance data from the UK suggests the costs of covering lightning strikes are increasing.

The problem is only likely to get worse as the climate crisis is driving a surge in wildfires worldwide, which increase lightning strikes. A study from 2014 suggested the number of strikes increases by 12 per cent for every degree (celsius) of global warming.

Lighting rods have their uses, but scientists have been looking for a better way to control where lightning strikes, and lasers may be the solution, according to a new study.

How they did it

This latest experiment was performed near a telecommunications tower on the Säntis mountain in Switzerland that is frequently struck by lightning – roughly 100 times a year, although the tower itself is protected by a lightning rod.

The results from the study found the lightning flowed almost in a straight line near the laser pulses, but the lightning strikes were more randomly distributed when the laser was off.

While this study is not the first attempt to direct lightning paths it is the first to show it can be done. The scientists have attributed this to the high power laser they used, and the high altitude. At high altitudes air is less dense. This makes it easier for current to pass through, meaning that future experiments at sea level would require a more powerful laser.

To understand how the scientists used light to change the path of electricity you need to understand what lightning actually is: a flow of charged particles from one location to another. Particles in clouds are mostly electrically neutral when they form but build up both positive and negative charge. The cloud wants to become neutral by exchanging charge with the ground.

The type of lighting most people are familiar with is the jagged strikes of bright light seen between the ground and the clouds, but there are other types. Lightning can travel between clouds. It can also move from clouds upwards towards the upper atmosphere. This can even produce strings of red airglow where the thinner atmosphere warms. This heat energy is then released as light.

As the charge in the cloud builds up it reaches incredibly high voltages (roughly equivalent to 8 million car batteries hooked up together) which rips a path through the air. The electrical current required to split the components of air apart generally is about 300 million volts per square metre.

The pushing force of this enormous voltage in electrically charged (ionised) air allows the charge from the cloud to flow down and discharge into the ground or nearby buildings. This current flow will follow the most electrically conductive path.

This is why lightning rods are sometimes used to protect buildings from lightning. Metal is more electrically conductive than air so if you place a large rod in the ground lightning will have an easier path than going through the air. It can only protect a small area, though.

Many researchers think some lightning storms could be caused by cosmic rays (highly energetic particles from outside the solar system). These particles pass through the atmosphere and interact with air to create an ionised path through their direction of travel. This is a theory that has researchers split on whether it affects the number of total lightning strikes around the world.

The scientists used a powerful laser to try and create ionised paths in a similar way to the cosmic ray theory. Firing rapid (1,000 times a second) energetic pulses with a laser heats the air and ionises it, briefly becoming conductive. The lightning strike will have less resistance along this path and so will be more inclined to flow that way.

If this technology is perfected, it might one day help protect infrastructure such as airports and nuclear power plants. It could even be used in a more advanced form to protect houses using a laser a safe distance away. However, it is unlikely to be rolled out near you anytime soon, if for no other reason than the power costs.

This article is republished from The Conversation under a Creative Commons license. Read the original article.