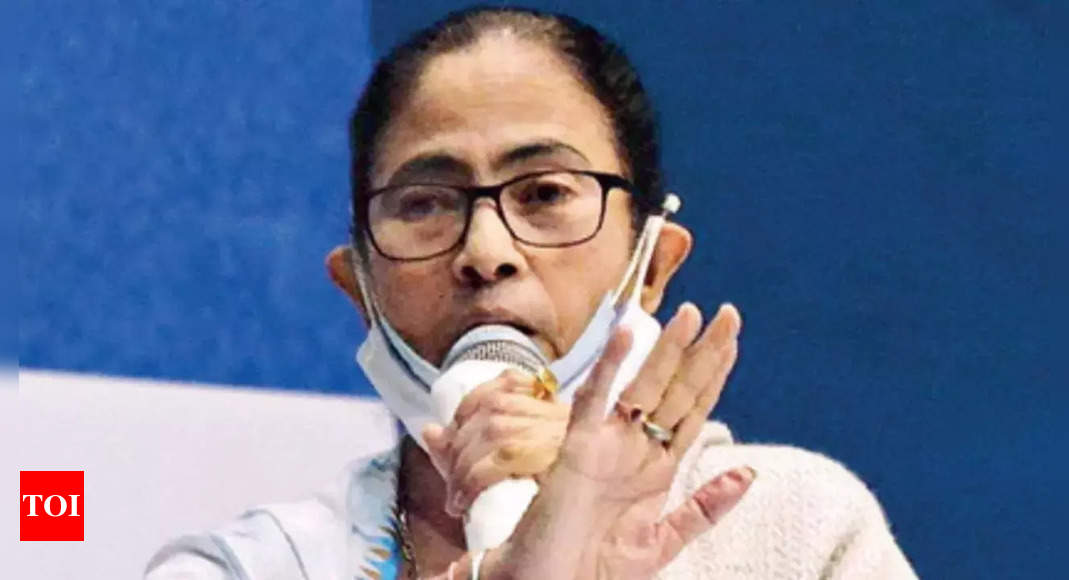 Share If you like it
NEW DELHI: West Bengal chief minister Mamata Banerjee on Wednesday said that the media is playing role of a kangaroo (court) amid Partha Chatterjee‘s arrest by the Enforcement Directorate (ED) in Rs 21 crore school jobs scam.
“I don’t have problems with functioning of any agency, but it should not be used to malign political parties,” said Trinamool Congress (TMC) chief.
Meanwhile, she took offence at her pictures being circulated online alongside the cash hoard seized from the city home of actor-model Arpita Mukherjee, who, according to the ED charge sheet, is a “close acquaintance” of Chatterjee.
“My photographs are being shown alongside mounds of cash seized from a woman’s house,” she said.
“BJP and CPM leaders, who are busy dragging my name, should remember that I, too, know all about skeletons in their closets. Shall I also bring out photos of your leaders?”

Mamata has also denied any links with Partha Chatterjee‘s aide Arpita Mukherjee from whose house Rs 21 crore in cash was found.
She said that she does not support corruption and if anyone is found guilty of wrongdoing, he must be punished.

“I don’t support corruption or any wrongdoing. We have full faith in the judiciary. If anyone is proven guilty, then he or she must be punished. The party, too, will take action. But, I condemn the malicious campaign against me,” Mamata said.
The ED arrested former West Bengal education minister Partha Chatterjee and his close aide Arpita Chatterjee in connection with its probe into the school jobs scam.