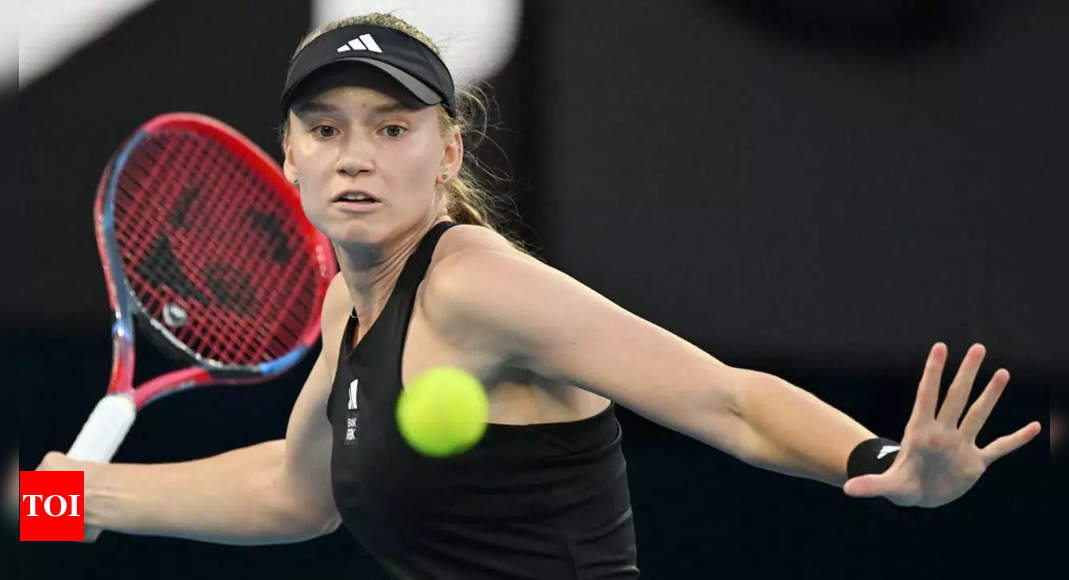 Share If you like it
MELBOURNE: Wimbledon champion Elena Rybakina reached her second final in the past three Grand Slam tournaments by beating Victoria Azarenka 7-6 (4), 6-3 at the Australian Open on Thursday.
Rybakina added to what already was an impressive run through a string of top opponents. Azarenka, the champion at Melbourne Park in 2012 and 2013, joined a list of players eliminated by Rybakina over the past two weeks that includes No. 1 Iga Swiatek and No. 17 Jelena Ostapenko — both owners of major titles — and 2022 Australian Open runner-up Danielle Collins.

As usual, Rybakina did it with her powerful serve, adding nine aces Thursday to bring her total to a tournament-high 44, and stinging groundstrokes that she used to close points seemingly at will. The performance was particularly noteworthy against a returner and defender as established on hard courts as Azarenka, a former No. 1 and a three-time runner-up at the U.S. Open.

In Saturday’s final, Rybakina will take on either No. 5 Aryna Sabalenka of Belarus or unseeded Magda Linette of Poland. Sabalenka took a 9-0 mark in 2023 into Thursday’s second semifinal, while Linette made it to that stage of a Grand Slam tournament for the first time in 30 appearances.