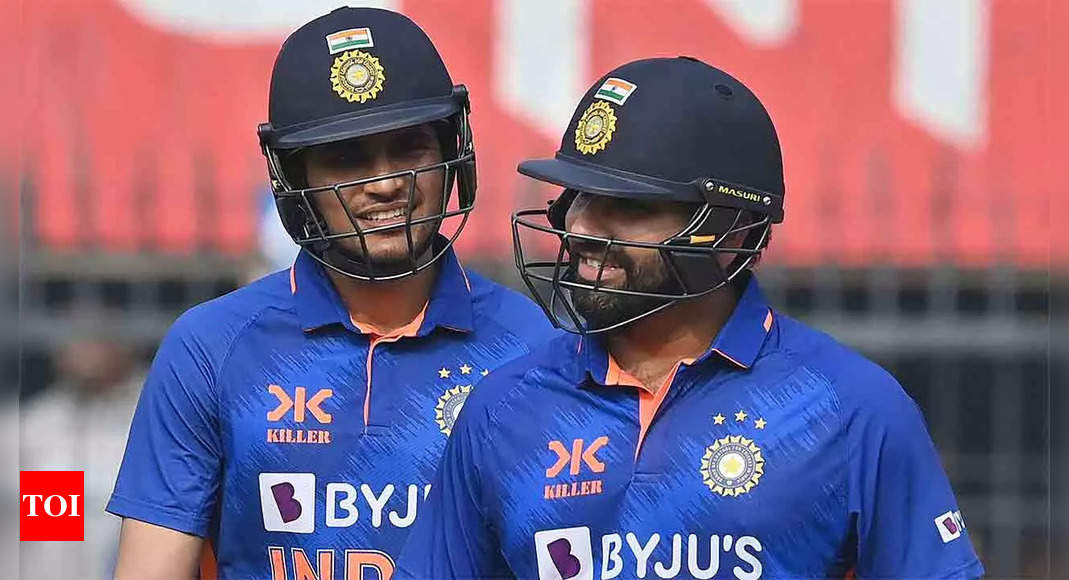 Share If you like it
INDORE: The only complaint that you can have with Rohit Sharma and Shubman Gill, who represent the bright present and future of Indian cricket, after the third ODI against New Zealand at the Holkar Stadium on Tuesday is that they couldn’t carry on after their sparkling centuries.
However, the duo again enhanced their growing reputation as perhaps the most formidable opening combination in ODIs at the moment, something which augurs well for India as they build up towards the ODI World Cup on Indian soil later this year.

Before their mammoth 212-run stand on Tuesday, Rohit and Gill’s alliances in the six ODIs India have played so far at home this year have yielded fertile results: 143 at Guwahati, 95 at Trivandrum and 33 at Kolkata (versus Sri Lanka); 60 at Hyderabad & 72 at Raipur versus New Zealand.
In 2023 so far, the deadly duo has added 615 runs in 6 ODIs together-an impressive show indeed. In Rohit and Shikhar Dhawan, India had a terrific white-ball opening pair for a number of years. However, with Rohit going strong and Gill getting better every day, the new ‘firm’ looks really productive.

On Tuesday, Rohit scored his 30th ODI hundred-the 35-year-old is now level at the third spot with Australian great Ricky Ponting in the top-century makers list in 50-overs international cricket, with only teammate Virat Kohli (46) and the great Sachin Tendulkar (49) ahead of him.
Matching Rohit stroke-for-stroke, Gill continued his blazing form in white-ball cricket-cracking his third hundred in the last four games. Both the classy batsmen, who seem to have all the time in the world for their shots,combined in lethal fashion for India’s fifth-best and seventh 200-run opening stand in ODIs.

With Rohit and Gill in murderous mood, taking advantage of a mediocre attack and a rapid outfield, India’s fireworks-filled start resembled a T20 innings. They were 82 for no loss after 10 overs, 128-0 after 15, and 165-0 in 20! On December 8, 2011, the Holkar Stadium witnessed Virender Sehwag‘s memorable double hundred (219) against the West Indies. Rohit and Gill’s delightful strokes on Tuesday will leave the 30,000-strong capacity crowd with sweet memories too.