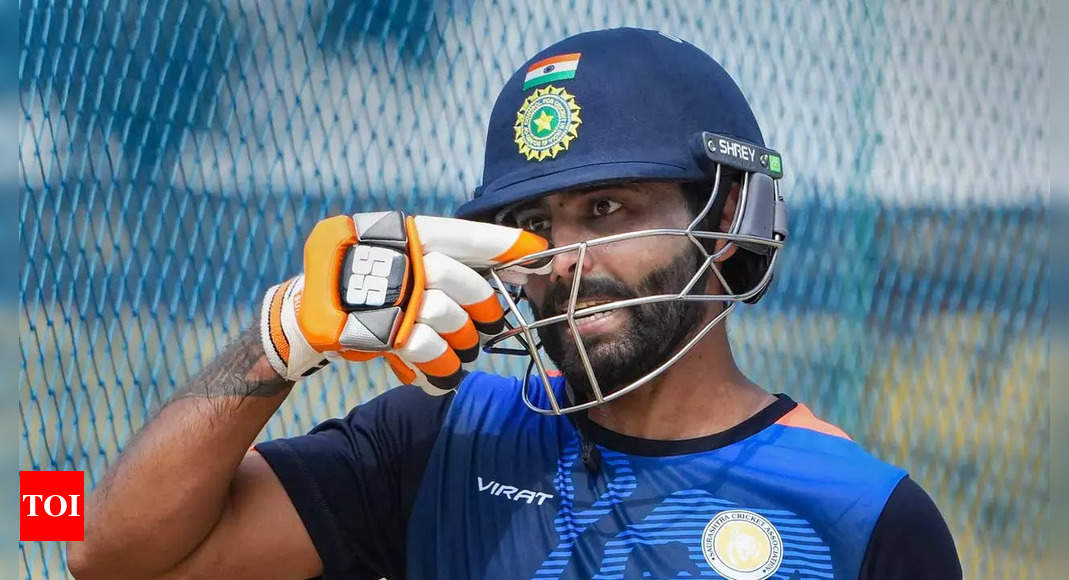 Share If you like it
CHENNAI: Five months after suffering a ligament tear in his right knee during the Asia Cup, India allrounder Ravindra Jadeja will return to competitive cricket with Saurashtra’s Ranji Trophy game at the MA Chidambaram Stadium on Tuesday. How his body holds up in this match against Tamil Nadu could determine his role in the Border-Gavaskar Trophy starting February 9 in Nagpur.
Jadeja underwent knee surgery in September and rehabilitation for around 20 days at the National Cricket Academy (NCA) in Bengaluru, and has been selected for the Australia series on the condition that he is deemed fully fit. Hence, an NCA trainer is accompanying the allrounder in Chennai to track his progress. On Monday, Jadeja warmed up with some stretching drills and batted, bowled for an hour in an extended nets session at Chepauk.
“My first priority is to get on the field and be 100% fit. Once I achieve that, I’ll work more on my skills, be it batting or bowling,” Jadeja, who will be leading his Ranji side against TN, said. “I was practising my batting and bowling in NCA, but a match scenario is completely different. I wanted a game before the Australia series and that’s why I am here.”

Jadeja said he did not feel any discomfort while batting or bowling, but would be able to gauge better once the match begins. “When you resume playing competitive cricket after five months, you don’t feel confident initially. As you progress, you feel better,” he said.

Stating that the five-month injury layoff was probably the longest he has had in his career so far, Jadeja said: “Nobody wants to get injured. You feel bad after it happens.
“But it’s part and parcel of the game. You have to keep that in mind and be prepared for it.” He added that he felt “almost ready” and would assess his condition after the match. “I will start slowly and take it one step at a time. Let’s see how my leg holds up,” he said.
Asked about the mental challenge of being away from the game, the India allrounder said his wife’s election campaign in Gujarat helped him keep his mind off cricket during that period. “Fortunately I was quite busy there for the first two-three months. That helped me a lot,” he said.