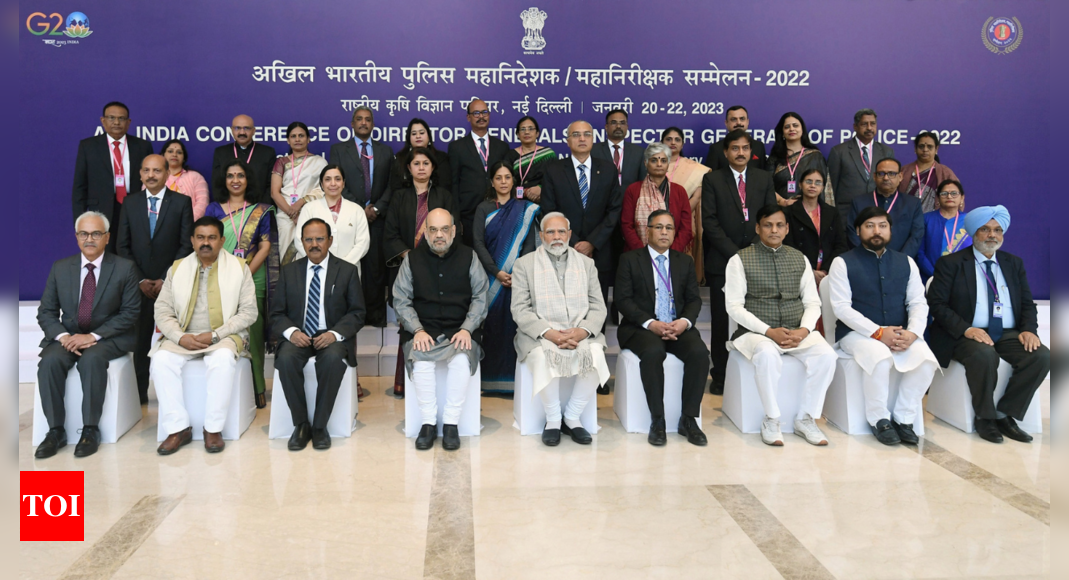 Share If you like it
NEW DELHI: Radicalisation, particularly of the Muslim youth, is one of the key challenges for national security and it is important to take moderate Muslim leaders and clerics into confidence to counter radical organisations, according to papers submitted at a security meet attended by Prime Minister Narendra Modi.
The papers, written by some Indian Police Service officers and submitted at the just-concluded conference of DGPs and IGPs, noted that the rise in religious fundamentalism in India is primarily due to high level of indoctrination, easy availability of modern means of communication, including encrypted form, cross-border terrorism and Pakistan concentrating on encouraging these radical groups.
Apart from the prime minister, the three-day annual conference was attended by Union home minister Amit Shah, national security Adviser Ajit Doval and about 350 top police officers of the country.
“Radicalisation, particularly of the Muslim youth, is one of the important challenges for national security of our country. Several radical Muslim organisations are active in India, which indulge in organised radicalisation of the Muslim youth. They have inherent tendency to corrupt minds of Muslim community, push them on the violent path and work against composite culture,” the papers noted.
In view of this, tackling radical organisations become imperative and priority in the interests of social harmony and national security.
These organisations are engaged in radical interpretation of Islamic scriptures and concepts.
They also create a sense of victimhood in Muslim psyche. In pursuit of puritanical Islam, their preaching go against modern values such as democracy and secularism.
In India, the papers revealed, the recently banned Popular Front of India (PFI), another banned group SIMI, Wahdat-e-Islami, Islamic Youth Federation, Hizb-ut Tahreer and Al-Ummah are some Muslim organisations, which fit in this category.
“Among these Muslim organisations, the PFI was the most potent radical organisation. It evolved as a national-level organisation since formation in 2006 by merging of three South India-based outfits,” the papers noted.
Rise in religious fundamentalism is due to history and attending continuous religious programmes such as Dars-eQuran, Ahle-Hadith etc., high level of indoctrination, modern means of communication viz. internet, mail in coded and encrypted form, the papers said.
The cross-border terrorism and its post effects, Pakistan concentrating on encouraging these radical organisations, Muslim boys going to the Gulf countries and coming back with money and radical ideologies are some other reasons for the rise of radicalisation, according to the papers said.
The writers noted that terrorist radicalisation is a dynamic process whereby an individual comes to accept terrorist violence as a possible, perhaps even legitimate, course of action and each case of terrorist radicalisation results from the unique intersection of an enabling environment and the personal trajectory and psychology of a given individual.
Suggesting remedies, the papers noted that to tackle radical Organisations, multi-pronged approach is required, including monitoring of covert activities, creation of detailed databases on leaders and other entities of interests.
“Security agencies and state police need to be sensitised about threat to national security from radical organisations and in order to counter radical organisations, it is equally important to take moderate Muslim leaders and clerics into confidence.
“Emphasis should be given to identify and monitoring the hotspots of radicalisation and prior analysis must be done about the potentiality of a radical organisation in spreading extremism and involvement of its cadres in violent action and accordingly the plan of action should be initiated,” the papers noted.