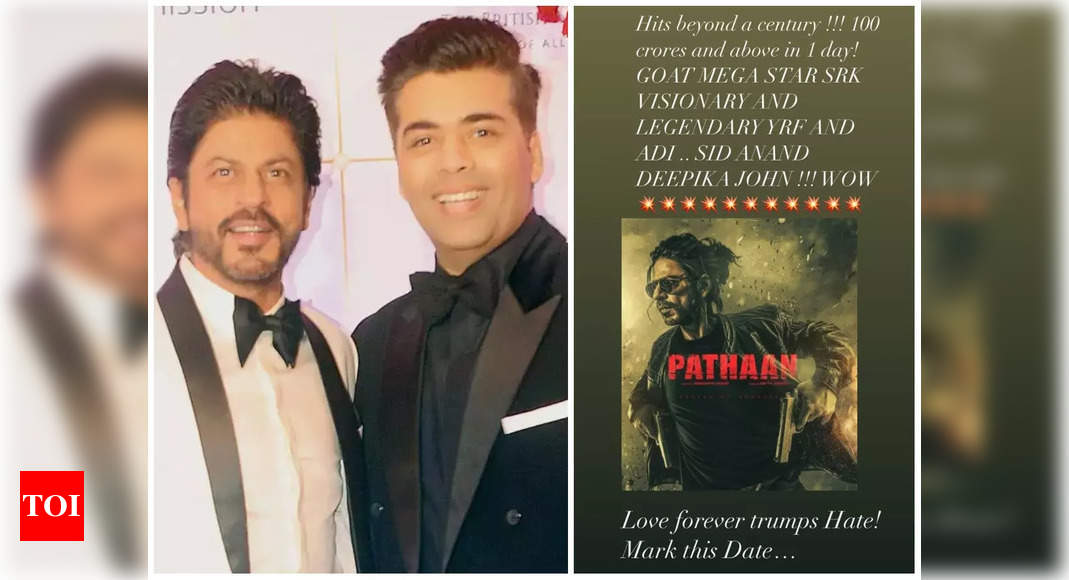 Share If you like it
“Love forever triumphs Hate!” wrote Karan Johar in a cryptic post as he celebrated the box office success of ‘Pathaan’ that marked the big screen comeback of his friend, Shah Rukh Khan.
The director and producer, who penned a lengthy and emotional Instagram post ahead of the release of the film, took to his handle on Thursday, to declare himself as a ‘forever-fan’ saying, “I was, I am n will always be an @iamsrk fan.”

He added, “Can’t remember the last time I was this excited to watch a film… n wat an AWESOME film.” 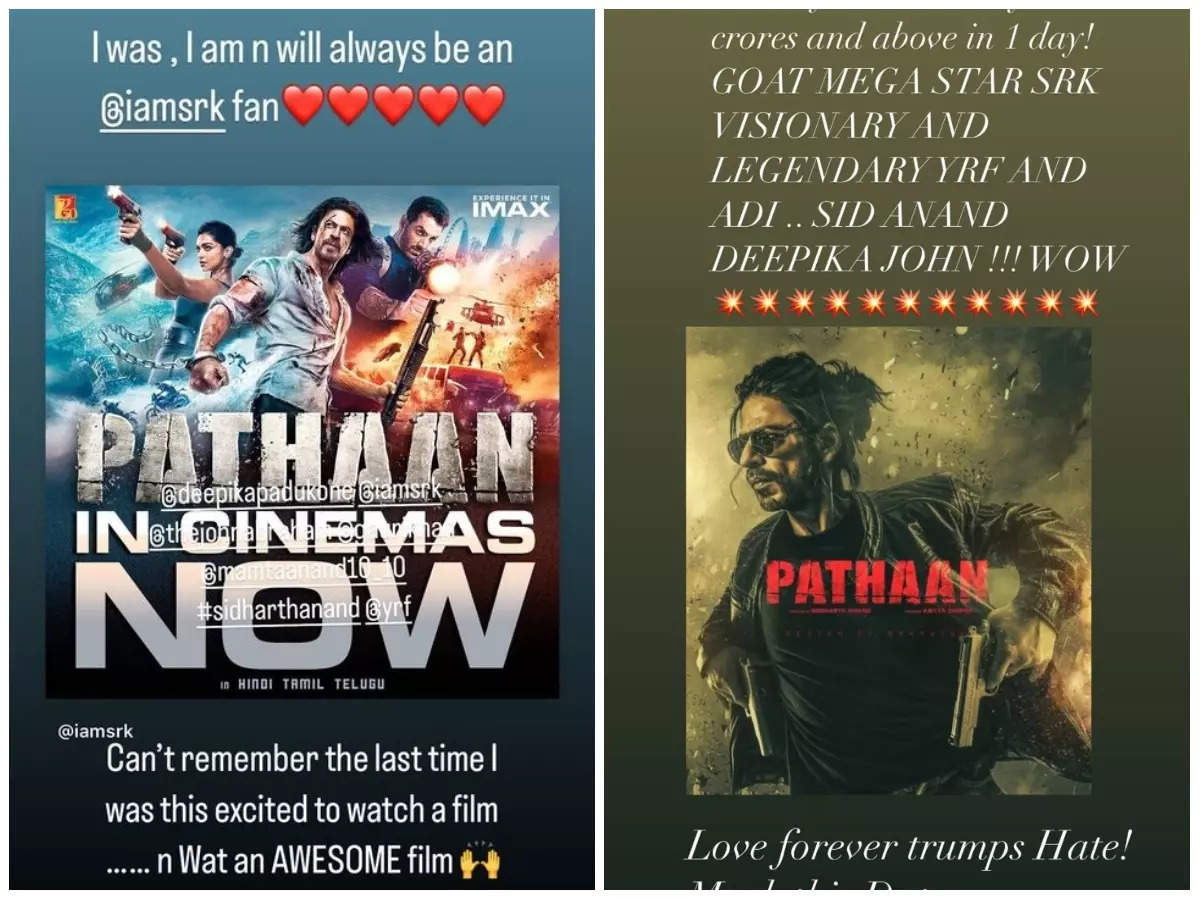 Reacting to the news of the film scoring a Rs 100 crore opening at the box office, Karan took to his stories to say, “Hits beyond a century!!! 100 crores and above in 1 day! GOAT MEGASTAR SRK VISIONARY AND LEGENDARY YRF and ADI… SID ANAND Deepika JOHN!!! WOW.”

KJo’s celebratory post comes after news broke of several fringe groups trying hard to oppose the release of ‘Pathaan’ in various states around the country. Members of the Bajrang dal were captured on camera protesting the release of the film. Reports on Thursday also stated that police registered cases against workers of the political party for vandalising theatres, and detained many others for disrupting ‘Pathaan’ screenings.

Karan on Wednesday also penned a lengthy note of love for Shah Rukh saying, “He went nowhere he just waited for the right time to RULE.”

His post read, “I don’t remember when I last had such a fun time at the movies!!!! This one’s just the biggest blockbuster !!! Mega is the word!!! The charm, charisma, superstardom, desirability and sheer brilliance of @iamsrk … the hottest, beautiful and sensationally gorgeous agent you will ever find @deepikapadukone the sexiest and most desirable villain @thejohnabraham !!! Brilliantly directed and conceptualised by SID ANAND! He knows how to mount a film like very few can… I am so so so proud of my BFF the invisible ADITYA CHOPRA!!! You may never see him! But his vision and brilliance is insurmountable! And as for the KING! He went nowhere he just waited for the right time to RULE! Love you bhai @iamsrk !!! Love you Adi! And love you BOLLYWOOD! You may have been slandered and “boycotted” but no one can deny that when you come into your own no one can stand in your way! PATHAAN MUBARAK to alll!!!! ( no spoiler but the Best sequence of the film is with BHAI and BHAIJAAN) I stood up and clapped !!!!!”

‘Pathaan’ was released worldwide on Jan 25. The film had one of the biggest releases of all time, playing across 8,500 screens.