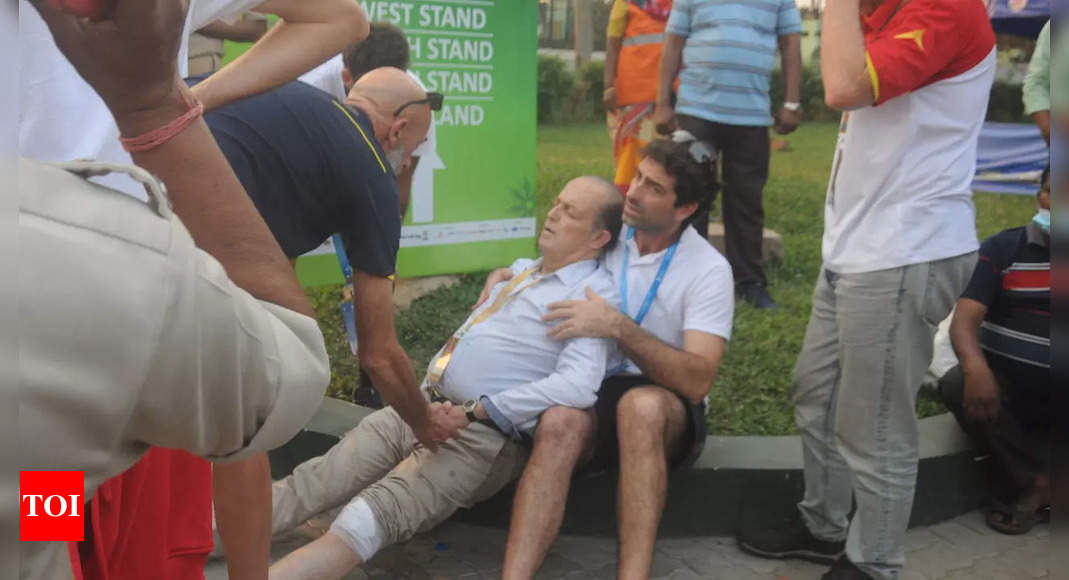 Share If you like it
BHUBANESWAR: Spain’s adventure of riding an open-top tuk-tuk (auto rickshaw) went awfully wrong here on Wednesday, injuring their national federation president and former referee Santiago Deo.
The Spanish team, which lost to Australia 4-3 in the quarterfinals of the Men’s Hockey World Cup on Tuesday, perhaps were on their way to the Kalinga Stadium from hotel to watch the quarterfinals and some of them chose to hop onto an open-top vehicle for a little adventure.

According to onlookers, the auto rickshaw, carrying a few of the Spanish players and officials, including Santiago, took a U-turn in front of gate number three of the Kalinga Stadium. Santiago fell while jumping off the vehicle and hurt his left knee in the process.

The police officials on duty rushed towards Santiago and helped him get first-aid. No more details are known yet.

Besides being the president of Real Federacion Espanola de Hockey, Santiago has been an international referee of repute, having officiated in five Olympics between Moscow 1980 and Sydney 2000.