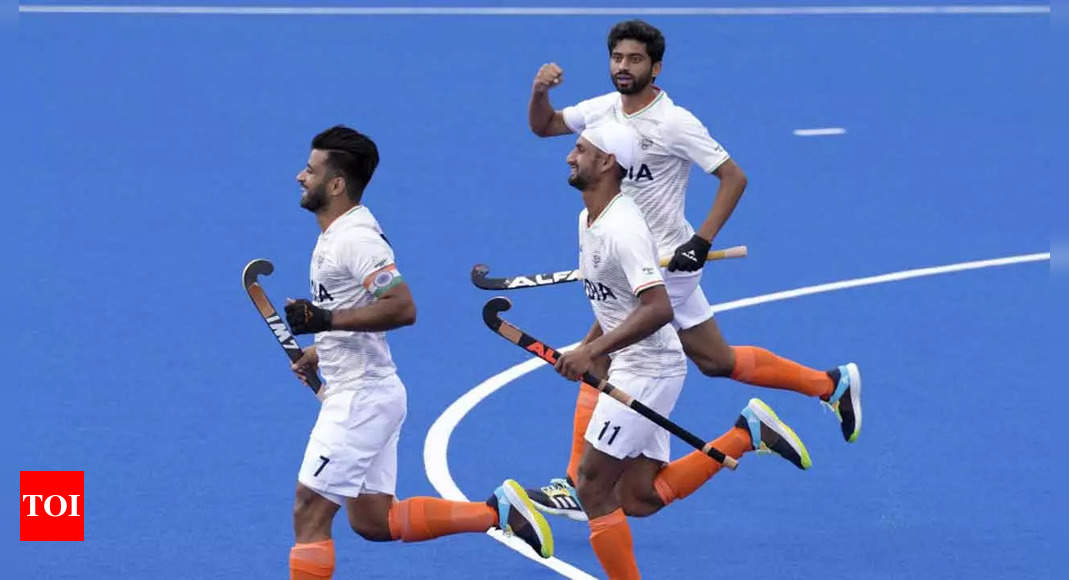 BIRMINGHAM: The Indian men’s hockey team would fancy its chances of at least securing a silver medal from the Commonwealth Games as it will start as the overwhelming favourite against a lower-ranked South Africa in the first semi-final on Saturday.
The Indians were awarded the golden opportunity after South Africa stunned defending champions New Zealand in their final match to finish second in Pool A behind six-time champions Australia.
India, on the other hand, finished on top of Pool B ahead of England to avoid Australia in the last-four round.
The Indians have been unbeaten in the tournament so far, registering three wins and a draw. South Africa, on the other hand, have recorded two victories and a draw and a loss each.
Going by current form and world stature, the world no.5 Indians will start as overwhelming favourites against world no.13 South Africa.
India vice-captain Harmanpreet Singh has been in top form, leading the goal scorers’ chart with nine goals. He converted as many as eight penalty corners and scored one from the spot.
If Harmanpreet was not enough, the presence of Varun Kumar, Jugraj Singh and Amit Rohidas gives India a wide range of variation in penalty corners.
While skipper Manpreet Singh and Vivek Sagar Prasad have been the backbone of India’s midfield, Nilkanta Sharma has impressed all and sundry with his display in the tournament so far.
In the front line, the ever-reliable Mandeep Singh has been a livewire. He has not only created opportunities, but has also placed himself at the right position at the right time to score some fine poaching goals.
In Mandeep, Lalit Upadhayay, Shamsher Singh, Akashdeep Singh and Abhishek, the Indians boast of a threatening strike force and the South African defence will have to play out of their skin to keep them in check.
The only blot for India so far in the Games has been the match against England, which they were leading 3-0 at one stage before lapse in concentration and indiscipline allowed the home team to finish the game in a 4-4 stalemate.
India would look to put up a disciplined effort and avoid unnecessary cards, which cost them dearly against England.
Harmanpreet said the bronze medal finish at Tokyo Olympics imbibed self-confidence in the team.
“We learnt a lot about ourselves as a team at the Tokyo Olympics, which has helped us improve as a squad. But first, our target is on the match tomorrow and we are all set,” he said.
South Africa, meanwhile, would be brimming with confidence after upstaging higher-ranked New Zealand.
South Africa are known for sitting back and surprising their opponents with brisk counter-attacks.
“It doesn’t matter who we play in the semis, we’ll just focus on that game and see what happens,” drag-flicker Connor Beauchamp said.
In the other semifinal, Australia will take on hosts England.