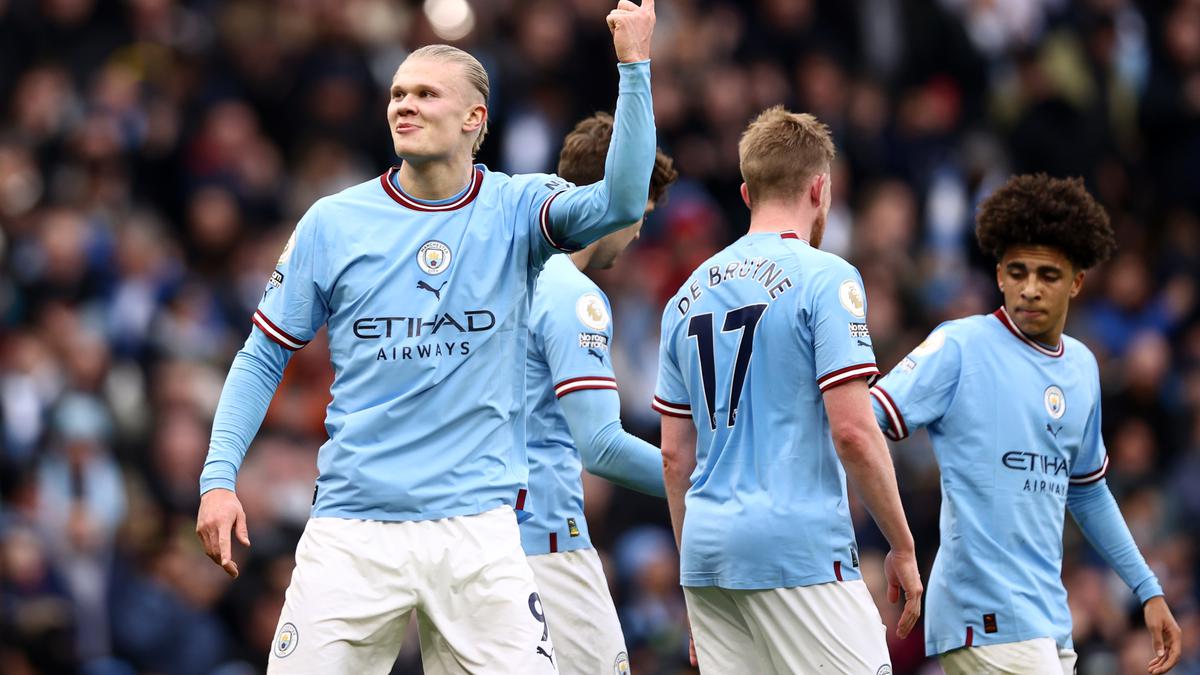 Erling Haaland, the Manchester City goal machine broke another set of records when he scored against Wolverhampton Wanderers at the City of Manchester Stadium on Sunday.

After failing to score in three consecutive games, the Norwegian returned to form against Tottenham Hotspur when he equalised in the 53rd minute.

In this match (against Wolves), he continued to find the net, taking his goal tally to 25 – one more than the number of goals that saw Mohammed Salah and Heung Min-Son share the Golden Boot last season.

He opened the scoring with a tight header from a Kevin De Bruyne assist in the 40th minute and doubled the tally with a goal from the spot five minutes after restart. His goal tally further increased within minutes as he completed his hattrick in style in the 54th minute.

What records does Erling Haaland have?

Haaland has now scored more Premier League hat-tricks than Cristiano Ronaldo (3) and as many as Mohamed Salah (4).

With his 25th goal, the towering Norwegian got level with Mick Quinn in Premier League goals.

Haaland got level with that tally with 18 more games left in the season. That was not the only record the lethal striker broke at home against Wolves. No player has scored more home goals in a single Premier League season for the Cityzens than Haaland, who has 16 goals in 11 appearances at the Etihad Stadium this term (level with Sergio Agüero in 2011-12).