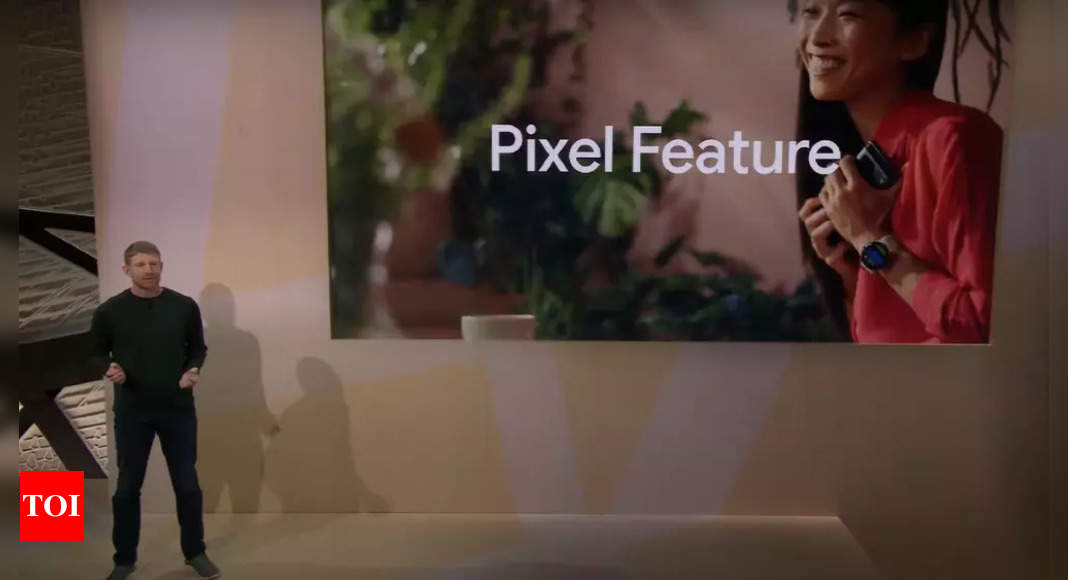 Share If you like it
Google launched Pixel 7 and Pixel 7 Pro smartphones at its Made by Google 2022 event. The event saw Brian Rakowski, vice president of Product Management at Google, talking how the company is the “leader of innovation” in smartphones and the “takes it as a compliment when others in the industry follow our lead.” Soon after, he mentions three things poking fun at its fellow rival.
Rakowski mentioned that Google had already released the Always-on display and At-a-glance features back in 2017 with Google Pixel 2 series. He also said that the company introduced car crash detection three years ago and brought other ways to keep the users safe in emergency situations. Lastly, he highlighted how Rich Communication Services, or RCS, was the modern industry standard for messaging and hoped that “every device maker gets the message and adopts RCS, making texting better for every smartphone user.”

It is to be noted that Apple introduced Always-on Display and Car Crash Detection feature with the recently-launched iPhone 14 series of smartphones. While some might argue that the implementation of the features are better, Rakowski’s statement of Google being first to launch these features is not wrong. With the RCS part, he took a dig at Apple for lacking the standard support in messaging.
However, it took only a few minutes for viewers to understand that it’s not that Apple borrowed old features from Google but the Pixel-phone maker also borrowed some camera features from their competitor. For example, Google’s Cinematic Blur which looks a lot like Apple’s Cinematic Mode and Face Unlock – a biometric security feature that Apple pioneered over the years.
This is not the first time we have seen companies making fun of each other. Samsung used to make fun of Apple but would follow its footsteps at a later point in future. Some of you may remember how Samsung took a swipe when Apple removed the 3.5mm jack and charging brick from the phone and packing, respectively, only to remove both from its products years later.