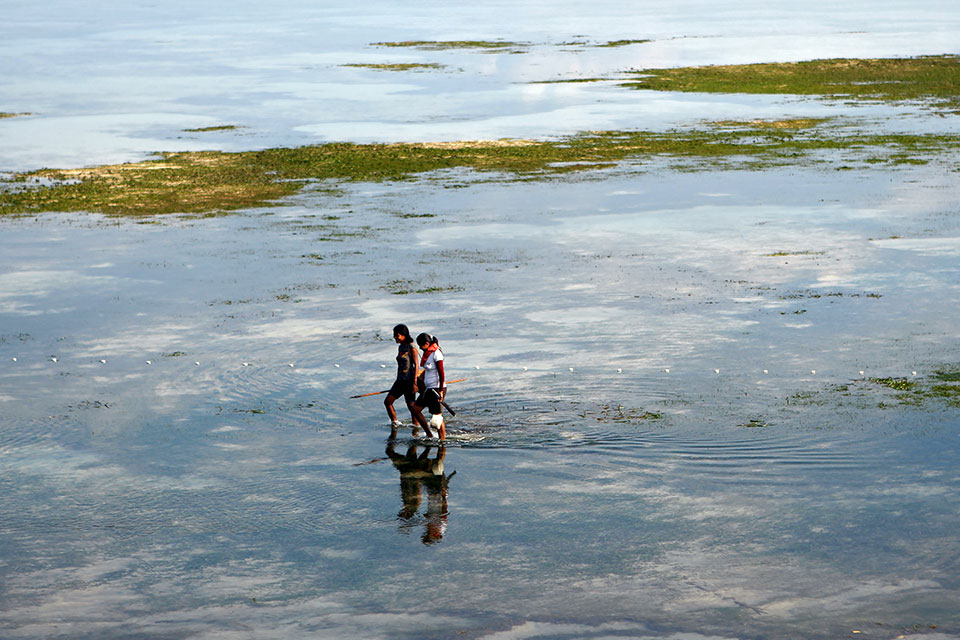 Climate change is a “threat multiplier”, meaning it escalates social, political and economic tensions in fragile and conflict-affected settings. As climate change drives conflict across the world, women and girls face increased vulnerabilities to all forms of gender-based violence, including conflict-related sexual violence, human trafficking, child marriage, and other forms of violence.

When disasters strike, women are less likely to survive and more likely to be injured due to long standing gender inequalities that have created disparities in information, mobility, decision-making, and access to resources and training. In the aftermath, women and girls are less able to access relief and assistance, further threatening their livelihoods, wellbeing and recovery, and creating a vicious cycle of vulnerability to future disasters.

Women’s and girls’ health is endangered by climate change and disasters by limiting access to services and health care, as well as increasing risks related to maternal and child health. Research indicates that extreme heat increases incidence of stillbirth, and climate change is increasing the spread of vector-borne illnesses such as malaria, dengue fever, and Zika virus, which are linked to worse maternal and neonatal outcomes.