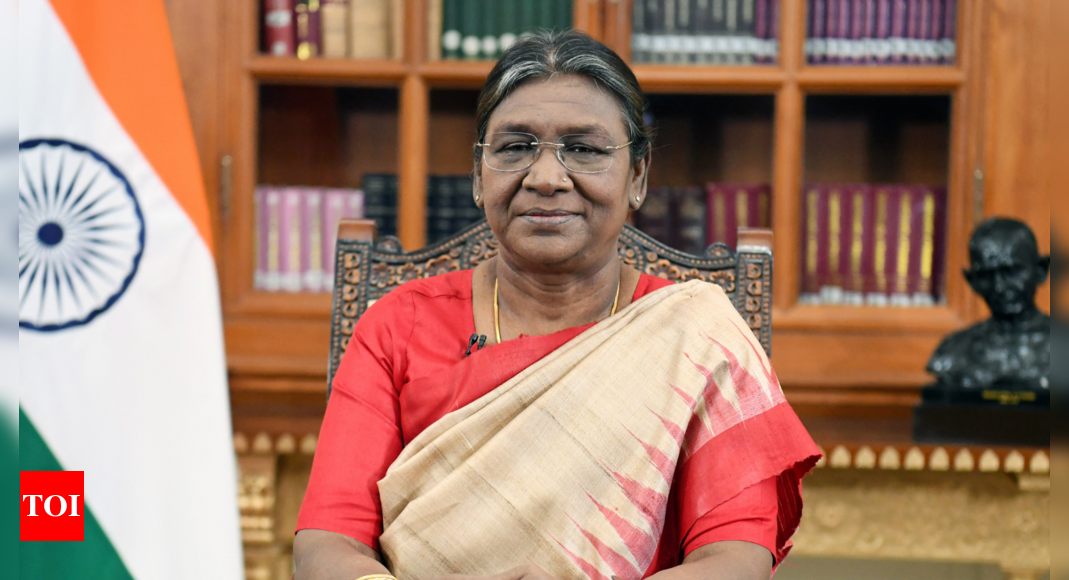 Share If you like it
NEW DELHI: President Droupadi Murmu on Wednesday said the Constitution reflects “the spirit of India” and added that India succeeded as a democratic Republic because the Constitution served as a source of unity.
“The Constitution that started governing the life of the Republic was the outcome of the Freedom Struggle. The national movement, led by Mahatma Gandhi, was as much about winning Independence as about rediscovering our own ideals. Those decades of struggle and sacrifice helped us win freedom not only from colonial rule but also from the imposed values and narrow world-views. Revolutionaries and reformers joined hands with visionaries and idealists to help us learn about our age-old values of peace, brotherhood and equality. Those who shaped the modern Indian mind also welcomed progressive ideas from abroad, following the Vedic advice of letting noble thoughts come to us from all directions,” she said.
In her maiden Republic Day-eve address, Murmu said the nation owes a great deal of gratitude to BR Ambedkar, the head of the Drafting Committee, as well as jurist BN Rau who prepared the Constitution’s initial draft.
Murmu said India’s G20 presidency is an opportunity to promote democracy and multilateralism and added that G20 is an ideal platform to discuss and find solutions to “global challenges”. “Under India’s leadership, I am sure, G20 will be able to further enhance its efforts to build a more equitable and sustainable world order,” she said.
Referring to Mahatma Gandhi as a “true prophet of our times” who foresaw the calamities of “indiscriminate industrialisation and cautioned the world to mend its ways”, Murmu said one of the changes Gandhi suggested pertains to food. “I am happy to note that the United Nations accepted a suggestion from India and declared 2023 as the International Year of Millets,” she said.
The President also lauded generations of farmers, workers, scientists and engineers whose combined strength helped develop India as a modern Republic, and the brave soldiers securing Indian borders. tnn